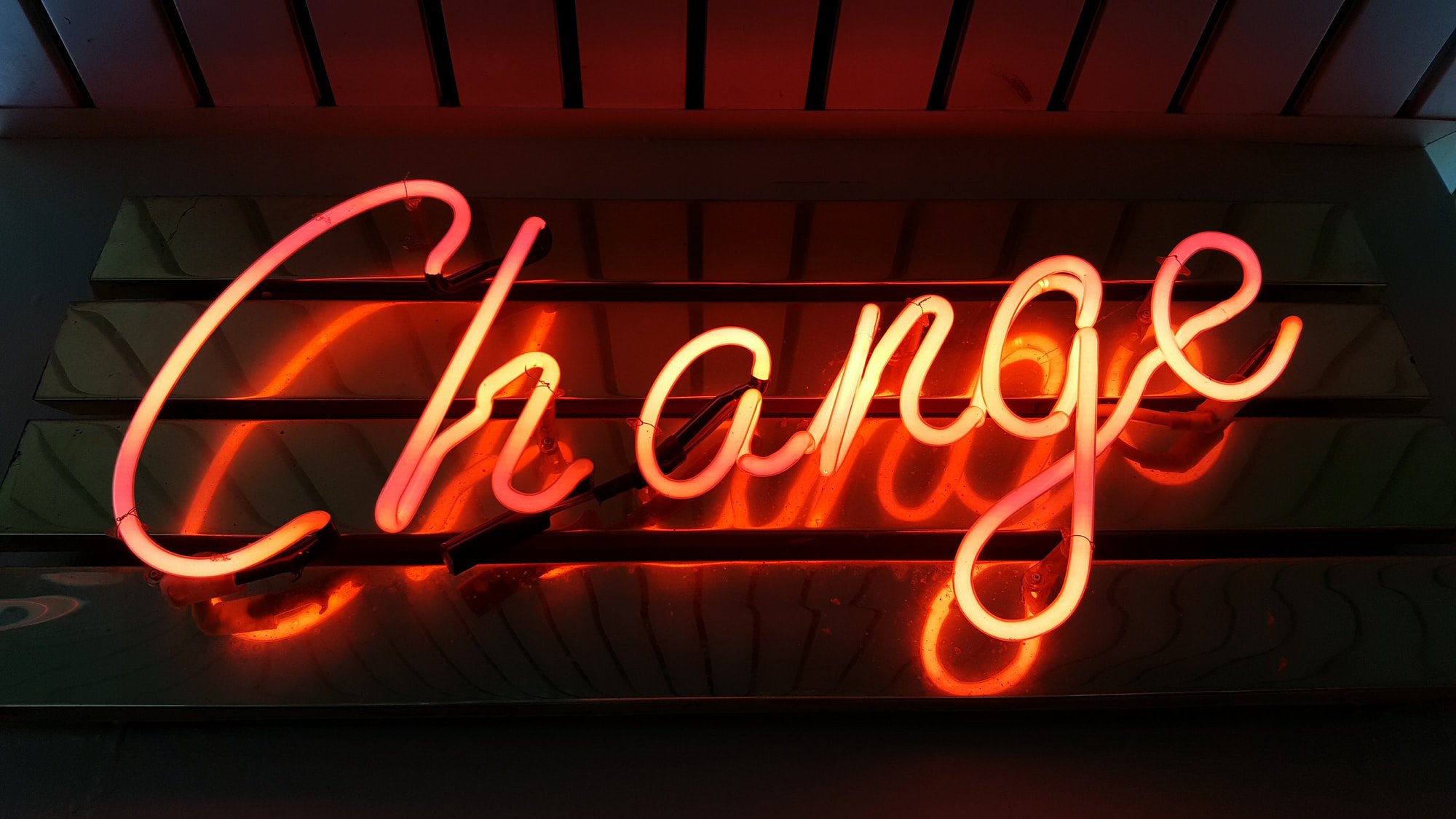 You are crazy! I can’t tell you how many times I’ve heard that one! I believe the majority of us are raised and trained that working for a big corporation and climbing the corporate ladder is the smart and most stable approach to a career and life. I guess I’m not wired that way!

Looking For The Next Challenge

I worked for some great companies and enjoyed the training, the camaraderie, the competitiveness of working in many of these companies. I however would get bored and would be looking for the next challenge and somehow find myself on an adventure in a completely new industry.

I started with PriceWaterhouse as a CPA. Two years later I left. You’re crazy! PW is a great company.

I went to work with PepsiCo out of the Purchase NY headquarters and worked in both their domestic and international audit groups. It was still audit/accounting work but I was able to travel the world and get exposure to international business with a great company. In addition, they sold me on the fact that this was a training group and that I can roll into a business unit in various different capacities at the end of two years.

I decided I wanted to have a direct impact on the bottom line so I wanted to roll into a sales role. Well that was the first time the audit group had received that request and they had a hard time selling sales orgs within PepsiCo that they have a great audit guy that would be a great fit for sales. No takers. I moved on. You’re crazy! PepsiCo is a great company.

I was working a month overseas, then a week home, so it was tough finding a job in one week so I left without having a job. Most people would highly advise against doing that. I would probably advise against it also. Having said that, I knew I didn’t want to be an accountant any longer.

No job. What’s next?

No job. I crashed on the couch of a buddy working as an SAP consultant and his apartment was paid for. I started to bartend while sending out resumes. I was living in Southern NJ at the time. One day, I drove by a local church having auditions for a play. I decided to give it a shot. I tried out for the play. I was absolutely terrible and I did not get the part! What did happen though is I walked out and said to myself “that was fun.” I decided to take acting lessons in NYC. I then got an agent and started to go on auditions. I really wasn’t very good and the only part I ever got was an extra part in the Howard Stern movie Private Parts. Even with that, I did not make it into the movie.

I realized yes there are some overnight success stories but most actors spend years building their craft. I realized it was fun but I wasn’t fully committed to that path so I got focused on the job front and went to work in software sales for Computer Associates. I had a fantastic manager. He was the head of the sales group that I was a part of and his wife was head of the largest sales group in the company. My boss was such a good guy and would do anything for anyone working for him. One day, his wife was replaced by someone younger with a lower salary. I could tell he was devastated. Both he and his wife had given up so much for the company and now the rug is pulled out, the loyalty is lost and just like that she is replaced. I never felt like he was the same. They had both sacrificed so much! That taught me a lesson! That taught me that having a career at a corporation is not the lifetime security that we were trained it was. There was little to no loyalty from corporations and also little to no loyalty from employees any longer. Everyone was just out for their own best interest.

I then moved to a small start-up during the dotcom days. That was new and fun and exciting. The company was growing very fast and company valuations were growing incredibly with every new round of funding. We all know what happened next. The dotcom bubble burst. I saw the writing on the wall that technology was going to be down for a while and I made the transition into institutional loan trading.

How did that happen? God story.

One day I go out to my mailbox and my buddy rides up on his bike. We talk. He says he wants to meet my neighbor across the street as he works for a bank. Next thing my neighbor walks out. I introduce the two of them and my buddy starts asking questions. They know some of the same people in the industry, then my buddy asks “are you guys hiring?.” My neighbor says “yes.” My buddy asks “are you looking for experienced guys?” My neighbor says “actually we are looking for experienced sales guys but not necessarily guys with industry experience.”

I couldn’t believe it. We are in shorts and t-shirts having a casual conversation and I look up to the Big man upstairs and think “Thank you!” I raise my hand and say “I’m interested.”

I get the job. Again people tell me I’m crazy! I had a guarantee six figure base plus commission software sales job and this new trading desk institutional sales position has a $30k draw for the first 6 months, then commission only. I met the sales guys on the trading desk and they made way more than what the software sales guys were making. It just was not guaranteed. I thought “if they can do it, I can do it.”

I stayed there four years, made great money and learned a ton, then went on to start my own company, then got into real estate about three years ago.

Taking risks with career changes is scary! I thought strategically about each one of those decisions and each change presented itself with new learning opportunities and a higher earning potential. Yes there were risks but there were also rewards if it turned out successful which they have. Getting into real estate can also be scary. Get educated, document specific targeted goals and then take action!

The other point is that you need to set yourself up for success. Sacrifice now so you have options. When I was making great money in the institutional trading position, I kept putting more and more money aside. I told my wife “when this ends, I am going to start my own company and don’t want to ever work for someone else ever again.” I planned for the next stage.

Educate yourself, listen to podcasts, read books, network and meet people in the industry. Then take action!

If you have interest in investing alongside me, please apply by clicking on the link below. It’s FREE and will take two minutes.

You don’t have to make several career changes to take action!

How Doubt Kills Mores Dreams Than Failure Ever Will

How Doubt Kills Mores Dreams Than Failure Ever Will

Advantages Of Trading Up To New Attractive A Class Properties

Advantages Of Trading Up To New Attractive A Class Properties

How To Champion A Fantastic And Unique Tenant Experience

How To Champion A Fantastic And Unique Tenant Experience 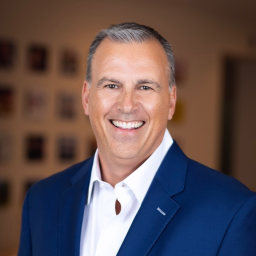 Wealth creation through real estate provided me with a new passion to get the word out and let others know that they have an alternative to investing in the stock market.

If I can inspire and educate just one person to take action that results in life changing wealth creation then the work to launch and grow this podcast is well worth the effort. 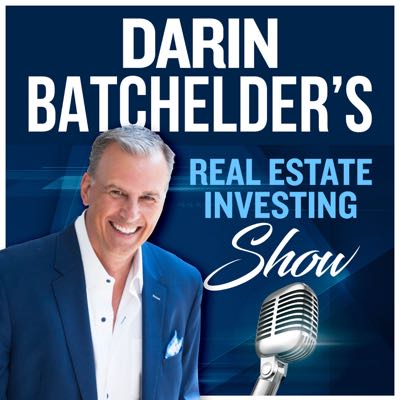 Leverage real estate success stories to build your personal wealth!
On the show, you will learn how to grow your wealth through real estate investing, be introduced to the players that are getting it done and learn how you can get involved!

Please log in again. The login page will open in a new tab. After logging in you can close it and return to this page.

My 5 Step Process for Passively Investing In Real Estate 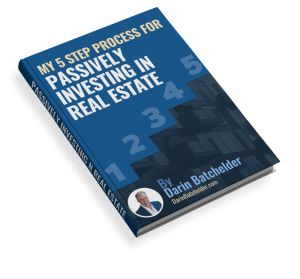 Sign up for the podcast and receive this free gift...